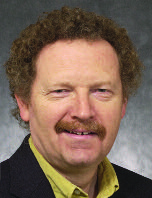 A shareholder resolution filed in 2011 by As You Sow at McDonald’s, the world’s largest chain of hamburger fast food restaurants, set in motion a review of its use of polystyrene foam hot beverage cups that led to a historic announcement in September 2013 that it would replace foam with more environmentally friendly paper cups.

McDonald’s decision to phase out use of foam hot beverage cups will reduce the threat of plastic pollution to the world’s oceans and provide a more recyclable, valuable alternative in paper fiber. Polystyrene is not widely recycled and has become pervasive in the marine environment, carried through storm drains to the ocean. Polystyrene breaks down into small indigestible pellets which animals perceive as food, resulting in the death of birds and marine mammals. Scores of cities in California have banned or restricted the use of polystyrene food packaging and New York City recently enacted a provisional ban.

The company worked with environmental groups to phase out foam-based clamshell food containers in the 1990s. Curiously however, McDonald’s continued to use billions of polystyrene beverage cups. After the As You Sow resolution won nearly 30 percent of the vote, the company agreed to a pilot program using paper cups at 2,000 West Coast restaurants. This proved successful and it will replace foam cups with paper at 14,000 U.S. outlets and in several large international markets.

As You Sow has also been in dialogue with Dunkin’ Brands, which uses foam hot beverage cups. The company recently announced plans to phase out foam cups but has not disclosed what materials it will use instead.

Using more recycled content and recyclable packaging is the first step, the next is getting companies to recycle it. McDonald’s now needs to incorporate recycled fiber in paper cups and develop on-site systems to collect it. Starbucks aims to recycle all cups left in its stores by 2015. McDonald’s needs to match Starbucks’ commitment and go beyond to recycle all food service packaging. The Pret-a-Manger chain already has developed on-site recycling of packaging at scores of U.S. locations.

Since 70 percent of packaging leaves fast food locations as takeout, companies are realizing that in addition to recycling materials left on site, they need to work with municipal curbside recycling systems to accept paper cups and other food packaging for recycling. Most of these materials are now sent to landfills, representing an enormous waste of recyclable materials. In 2014, we will engage major brands like Kraft and Mondelez to phase out non-recyclable packaging like Capri Sun plastic pouches and to take responsibility for recycling post-consumer packaging.