Read about our groundbreaking work on the “carbon bubble” and the financial risks of investing in fossil fuel companies as well as the use of GMOs in infant formula and nanomaterials in foods.

Keep up on our ongoing progress with consumer goods companies on packaging waste and creating slavery-free supply chains.

Look back with us at the successes of 2012 and meet our newest board member.

Visit our Shareholder Resolution Table for an overview of the resolutions we’ve filed this season, their status, and links to more detailed information about each engagement.

Thank you for your continued support of As You Sow as we make the protection of your health and the environment a central part of corporate decision making. Please feel free to share this with your networks and connect with us on Twitter, Facebook, or LinkedIn.

Thank you for your support.
Best,

The International Energy Agency and Carbon Tracker report that the proven reserves listed as assets on the balance sheets of the 100 largest fossil fuel companies contain over three times the amount of carbon that can be released without climate catastrophe.

Events like Hurricane Sandy have illustrated that climate change is affecting us already.

Any limits placed on the extraction and combustion of these reserves will create stranded assets for those companies, making them overvalued and exposing their investors to a “carbon bubble.”

“The carbon bubble has the potential to be ten times the size of the recent housing bubble that caused financial chaos,” says Danielle Fugere, President of As You Sow. “To hedge against this risk, prudent investors are moving capital into cleantech investments that will power our energy future.”

As You Sow’s climate change initiative tackles this carbon bubble by engaging key energy companies on this emerging risk. This year, we filed the first ever shareholder resolution asking CONSOL Energy to address this looming risk and received 19.7% support.

This new initiative builds on our earlier work including the 2011 publication of Financial Risks of Investments in Coal and our work empowering students to encourage their university endowments to divest from fossil fuels and reinvest in clean energy, which is now active on over 340 campuses.

Learn more about As You Sow’s Climate Change initiative here.

New studies are raising investor concerns about the long-term health of those who consume GMOs and companies that sell GMO products.

This year, As You Sow filed shareholder resolutions asking Abbott Laboratories and DuPont to reconsider the risk of using GMOs in their products given new scientific research and consumer attitudes.

For decades, studies on the health effects of GMOs were limited to 90 days. In 2012, the first long-term study was published in a peer-reviewed journal; it found that 70% of rats fed GMO corn over their entire lives died prematurely from organ failure or tumors, compared to a control group eating non-GMO corn.

Abbott Laboratories, one of the world’s top pharmaceutical and nutritional product companies, is currently using GMO soy and corn in its popular infant formula, Similac. The company makes a GMO-free version in the European Union, where GMO labeling is required. Over 60 other countries including China, Japan, India, Australia, and Russia have similar labeling requirements.

“The decision to continue selling GMO products is based on outdated assumptions,” stated Andrew Behar, CEO of As You Sow, at the Abbott shareholder meeting in April. “The latest science is clear and current polls are overwhelming. Abbott should protect their most vulnerable customers, newborn infants, and their brand reputation by selling GMO-free formula in the U.S.”

A recent poll found that 91% of Americans want GMOs to be labeled. Whole Foods recently recognized this by committing to require labeling of GMOs on all products by 2018 following 15 years of dialogue with As You Sow and other investors. Also, GMO labeling is looking promising in Connecticut, Vermont, and Washington, which has led major food companies and retailers, including Walmart, to actively discuss national labeling.

It looks like the U.S. is poised to join the rest of the world in letting people know what is in their food so that we can make informed decisions about our health and the health of our families.

Spinners: The Key to Slavery-Free Apparel

In the wake of the tragic deaths of over 1,100 factory workers in Bangladesh, apparel companies are feeling a renewed urgency to eradicate human rights abuses from their value chains.

A new report by the Responsible Sourcing Network, a project of As You Sow, provides guidance for companies seeking to ensure their value chains are free of cotton picked with forced labor.

To the Spinner: Forging a Chain to Responsible Cotton Sourcing lays out the steps brands can take to guarantee they are not sourcing cotton produced in Uzbekistan, where the government forces its children to pick cotton for its own profit. CNN recently profiled forced labor in the Uzbek cotton sector, which has been in place since the Soviet era.

The report identifies cotton spinners as the crucial link in a slavery-free value chain since they are the purchasers of cotton as a raw commodity. A spinner can easily identify and eliminate Uzbek cotton and share transportation and other documentation on the origin of its ethical cotton with its customers. The 131 brands that have signed RSN’s “Cotton Pledge” are looking for this type of evidence to support their commitment to not use cotton yarn or cloth produced with salve labor.

Sample documentation containing country of origin, insights from visits to spinning mills, and a comparison of traceability tools currently available to brands are all included in the report.

To the Spinner follows From the Field: Travels of Uzbek Cotton through the Value Chain, which describes the characteristics of Uzbek cotton, details the risks associated with this cotton, and outlines what brands can do to avoid it.

Plastic Waste: Should It Be Classified Hazardous?

A call by scientists to classify plastic waste as hazardous is elevating the urgency of our Waste program, which is focused on getting companies to take responsibility for their post-consumer packaging.

Researchers argue in Nature that plastics accumulating in the ocean should be reclassified as hazardous waste. Dead killer whales that wash up on shore are so filled with toxic chemicals that they must be dealt with as hazardous waste.

Lab tests have shown that ingredients in four widely used plastics—polyvinyl chloride, polystyrene, polyurethane, and polycarbonate—can be carcinogenic. Research is under way to determine if these chemicals are being absorbed by fish and other animals in the food chain.

Only about 8% of the 30 million tons of plastic produced annually in the U.S. are recycled; the remainder is landfilled or littered. Classifying plastic waste as hazardous would give environmental agencies the power to reduce plastic in the oceans and restore damaged habitat.

The potential toxicity of plastic waste expands our focus on packaging waste from a waste of valuable resources to a higher level of public concern as a threat to human health. Our Waste program has pressed Dunkin’ Donuts and McDonald’s to stop using polystyrene foam beverage cups, a leading component of ocean debris.

It’s already challenging to get easily recyclable plastics like PET and HDPE to be collected and recycled at high levels. Continuing to put non-recyclable packaging on the market increases the chances that more of these materials will end up in the waterways and leach toxics.

As You Sow Welcomes New Board Member JJ Healy

JJ Healy, the newest member of As You Sow's Board of Directors.

As You Sow is proud to welcome JJ Healy to the Board of Directors. JJ is founder of Healy Capital, a technology investment and asset management firm. He is a technology industry veteran with more than 20 years of operational and investment experience with some of the largest companies in the digital economy, including Yahoo! and EMC Corporation. His investments and acquisitions combined exceed $10 billion in transaction value and he has orchestrated several of the largest acquisitions in the history of the Internet.

JJ brings a wealth of operational and deal structuring expertise to As You Sow, as well as an extended network of domestic and international business contacts. His strategic insight and business perspective will help inform our programs as we continue to develop economic models that work to increase corporate responsibility, decrease risk, and have far reaching environmental and social impacts.

JJ has a BA in Chemistry from St Anselm College and an MBA in International Finance from Thunderbird. In addition to serving on the As You Sow board, he is Board Vice Chair at the National Fish and Wildlife Foundation. JJ is an avid outdoorsman and operates the Double J Ranch LLC in Daniel, WY.

Proxy Preview Focuses on Political Spending and Climate Risks in 2013

Extreme storms and the most expensive election in history have made their way from the public debate onto shareholder ballots, according to Proxy Preview 2013.

This ninth edition of the insider’s guide to social and environmental shareholder proposals documents investors’ continued appetite for disclosure of corporate political spending in 2013. These 120+ resolutions account for a full third of the resolutions filed.

Proposals on climate change, energy, and their related risks—as well as interconnected questions about corporate sustainability strategies and transparency—are the second largest category, with 92 proposals.

Hydraulic fracturing continues to be a hot topic, with new resolutions asking for quantitative data on reducing health and environmental impacts and on greenhouse gas intensive methane emissions. There is also concern about a “carbon bubble” resulting from potentially unburnable fossil fuel reserves.

Proxy Preview summarizes the shareholder resolutions filed this year, including how companies are responding, and provides background and resources on shareholder advocacy.

It also features perspectives from a stellar roster of issue experts including Kenneth Bertsch of the Society of Corporate Secretaries and Governance Professionals, John Ruggie of Harvard University, and Robert F. Kennedy, Jr. of the Waterkeeper Alliance.

As You Sow is proud to collaborate on the Preview with the Sustainable Investments Institute (Si2), which conducts impartial research on social and environmental shareholder proposals; and Proxy Impact, a proxy voting service for foundations, endowments, and socially responsible investors.

Access the report, including a user-friendly index of all companies facing social and environmental proposals at www.proxypreview.org.

Are Untested Nanoparticles Slipping into Our Foods? 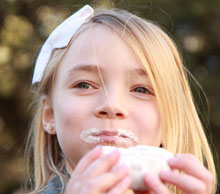 This spring, As You Sow released Slipping Through the Cracks: An Issue Brief on Nanomaterials in Food. It raised the question of whether potentially harmful nanomaterials (extremely small particles that can move easily through cell walls and into organs, including the brain) are slipping into the food supply without consumer knowledge.

These particles have undergone little or no safety testing.

Slipping Through the Cracks also reported results of As You Sow’s survey of 2,500 companies in the food industry, including the largest manufacturers, processors, distributors, packagers, supplement, and fast food companies. The survey yielded only 26 responses and a third of those companies admitted they did not know if nanomaterials are present in their products or supply chains. Only two companies had formal policies on the use of nanomaterials.

“Companies need to address this issue in a proactive and transparent way,” said Danielle Fugere, President of As You Sow and co-author of the report. “Failure to understand if nanomaterials are being used or to understand the harm they can cause to human health and the environment, poses significant risks.”

The report sparked articles in The New York Times and Scientific American, and prompted Mondelez, maker of Trident gum, to announce they are not using nano.

Intent on testing more foods, As You Sow successfully raised funds to test M&M’s and Pop-Tarts through the organization’s first crowdfunding effort. The results of those tests will be announced this summer.

In 2012, As You Sow engaged 25 companies including filing 17 shareholder resolutions asking for increased responsibility on environmental and social issues by corporate boards and management. Some highlights of our program accomplishments are listed below: 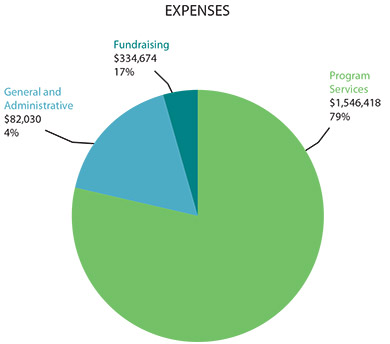