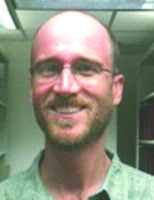 For 2014, the investor call for corporate lobbying disclosure remains a top shareholder topic, with 60 investors filing 50 proposals asking for lobbying disclosure reports that include federal and state spending and any spending through third parties. Disclosure enables shareholders to evaluate whether a company’s lobbying is consistent with expressed business goals and objectives and whether it may present risks to value. A major risk for companies and investors comes from lobbying through trade associations and involvement in third party groups that engage in lobby like behavior.

The proposal also focuses on the risks to companies from membership in the American Legislative Exchange Council (ALEC). ALEC is a tax-exempt 501(c)(3) non-profit which convenes state lawmakers with the goal of having them adopt model laws written by corporations. ALEC has attracted negative scrutiny for endorsed model legislation involved in the shooting death of Trayvon Martin, and has continued to receive attention for its Voter ID laws, anti-immigration bills, and climate change denial.

This year investors are asking 24 companies to disclose their membership in and contributions to ALEC. Tech companies have joined ALEC, including eBay, Facebook, Google, and Yahoo! Investors are asking these companies to evaluate if their support of green energy is in conflict with ALEC’s opposition to renewable energy. Communication companies are ALEC members too, reportedly over net neutrality and to limit Internet regulation. And energy, oil and utility companies belong in large numbers in ALEC in part to oppose renewable energy. Disclosure proponents are asking telecom giants AT&T, Comcast, Time Warner, and Verizon, and Ameren, Chevron, Devon Energy, Dominion Resources, ExxonMobil, Marathon Oil, and Peabody Energy to disclose their ALEC involvement.

Because of the controversy around ALEC, more than 70 companies decided to leave ALEC after evaluating the benefits of membership versus the reputational risks. The mass corporate exodus from ALEC underscores why investors need disclosure and how political spending can be risky for companies.

Reflecting investors’ interest in disclosure, a rulemaking petition at the SEC to require public companies to disclose their political spending to shareholders has attracted a record level of support for SEC rulemaking, with more than 700,000 comment letters submitted. Companies are improving their disclosure of political spending in response to investors’ demands, but investors and companies would be better served by a uniform disclosure rule that leveled the disclosure playing field for all.