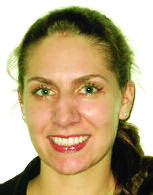 When the SEC released its final proxy access rule in November 2010, investors hailed the development as a significant step forward for shareholder rights. Proxy statement access, which allows investors to access a company’s proxy for the purpose of nominating director candidates, increases board accountability and responsiveness. Among other things, this can help to increase directors’ responsiveness to pressing social, environmental and governance concerns raised by shareholders.

Proxy access can also help to enhance shareholder value. A 2012 working paper from Harvard Business School, for instance, found that financial markets placed a positive value on proxy access. On a more basic level, allowing investors to more efficiently and cost-effectively nominate directors helps to enhance shareholder democracy and, where used, could result in more meaningful director elections. This in turn can help to improve overall corporate governance at companies with proxy access, something which unquestionably benefits shareholders.

Despite these benefits, a federal appeals court overturned the SEC’s proxy access rule in mid-2011, leaving investors to pursue access on a company-by-company basis. For the last several years, investors have been doing just that, filing proxy access shareholder proposals with dozens of companies.

Going forward, shareholder efforts to achieve access can only be expected to grow.

Proxy access is now widely recognized as a corporate governance gold standard, so while companies with significant problems or governance issues may be more likely to see proposals in 2014, shareholder efforts to achieve this basic right may well extend beyond such companies.

×
Recoverable fatal error: Object of class stdClass could not be converted to string in /nfs/c10/h07/mnt/177546/domains/archive.asyousow.org/html/wp-content/plugins/pardot/includes/pardot-template-tags.php on line 94