Proxy Voting is Easier Than You Think 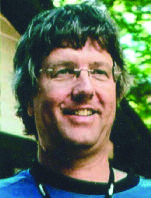 In 2013 I was at a gathering of foundations and individuals involved in environmental and social change philanthropy. Not surprisingly, the subjects of shareowner engagement and proxy voting came up, repeatedly. Yet I was quite surprised to learn that many folks at this meeting were not yet voting their own proxies.

Some simply did not have that option. They were invested in mutual funds, funds of funds or other pooled investments or comingled funds. This made proxy voting difficult if not impossible. Yet many others were theoretically able to engage with the companies they own, but for one reason or another were not doing so – yet.

At that meeting, I resolved to organize a demonstration – a howto illustration of what’s involved in voting your proxies. As a modern American, I decided to do it online and in public. I enlisted help from colleagues at As You Sow, Proxy Impact, and Clean Yield Asset Management, the firm responsible for our foundation’s investments. Our hour-long webinar discussion reviewed the Who, What, Why and How of proxy voting. I then voted proxies in one company, ExxonMobil, live with everybody watching.

Here’s some of what I learned:

Proxy Voting really does matter. More often than not, if you’re not voting your proxies, company management is allowed to vote on your behalf, and invariably votes in favor of management’s position.

You don’t have to be an expert. This is not rocket science. There’s no penalty for abstaining on a question or two. You can focus on those questions you feel most strongly about. And there’s lots of help available out there, from online resources to affordable proxy voting services that will do the work for you. You don’t have to do this on your own.

Shareholder resolutions are not about winning or losing. Each year, resolutions on social and environmental matters, introduced by corporate shareholders, are having a huge impact. That’s because they are about engaging corporate managers in critical issues. Even modest votes deliver powerful messages these companies can’t ignore. Think about it. A vote of only 10 percent on hydraulic fracturing, political spending or climate change could represent millions or even billions in shareholder value. Smart companies pay attention.

You can do this. You own shares in a company. Therefore, you can vote your proxies. And you should.

The video “How to Vote Your Proxies” helps demystify this process for the average shareholder. It uses the 2013 ExxonMobil proxy as an example, but the content is relevant for 2014 and many other companies.

Watch it. Read this issue of Proxy Preview. Get started. You can do this.

Download Proxy Preview 2014 to learn more about how to vote on shareholder resolutions.