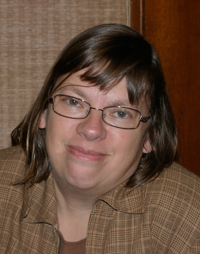 Rosanna Landis Weaver, Manager of As You Sow’s new Power of the Proxy: Executive Compensation Program.

Rosanna Landis Weaver has been named Manager of a new Power of the Proxy: Executive Compensation Program that will focus on pay equity at public companies.

“The goal of this program is to work with large shareholders to fully use the power of their proxy vote to bring about fundamental change to reduce unjustified CEO pay and to create greater equity in compensation,” said Andrew Behar, CEO of As You Sow. “Weaver brings to the position a deep knowledge of executive compensation, shareholder activism, and the regulatory environment, as well as the passion of an activist.”

A former senior analyst on the executive compensation team at Institutional Shareholder Services (ISS), Weaver served most recently as Governance Research Coordinator at Change to Win (CtW) Investment Group. Her governance career began over 20 years ago at the Corporate Affairs office at the International Brotherhood of Teamsters, where she drafted shareholder resolutions on a range of issues, including option repricing.

“There is an increasing understanding of the destructive role that runaway executive compensation plays in society,” commented Weaver. “Poorly designed compensation plans are bad for shareholders as a whole but also for individual companies. It is time for a unified focus on this important issue.”