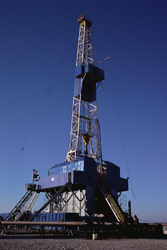 Fracking operations have long been known to cause harm, including spills, industrial accidents, and harmful air and water pollution.
Photo: lacounty.gov

Just weeks after ExxonMobil agreed to report on its risk of stranded carbon assets, the oil and gas giant announced that it will begin providing increased transparency and information about its hydraulic fracturing operations. For five years, As You Sow has filed a shareholder proposal requesting adoption of best management practices and reporting on its progress in reducing impacts to communities and the environment. The company finally agreed to provide much of the information we requested and, importantly, to work with us to provide additional quantitative data about success in reducing impacts in the future. As You Sow filed the shareholder proposal in conjunction with New York City Pension Funds and 12 co-filers.

Fracking operations have long been known to cause harm, including spills, industrial accidents, and harmful air and water pollution. Exxon ranked as one of the lowest-scoring of the 24 companies surveyed in Disclosing the Facts, a 2013 report by As You Sow, Boston Common, Green Century, and IEHN. Exxon earned only two points out of a possible 32. In exchange for withdrawal of the shareholder resolution Exxon agreed to respond to 26 key indicators analyzed in the report.

We believe that companies that disclose risk and address shareholder concerns openly will perform better than those that lack transparency. The risks of fracking are real to communities directly affected as well as to shareholders. That Exxon has agreed to address these risks is encouraging. Shareholders will be better able to assess whether the company is adopting effective policies to avoid or eliminate the harms associated with fracking and shale gas extraction operations.

This year, As You Sow also filed shareholder resolutions on fracking risks with Chevron and Occidental Petroleum.