CEO Pay: Those Who Rubber Stamp Pay are on Notice 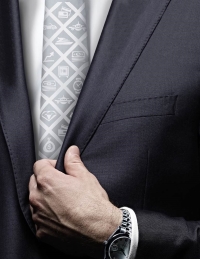 As You Sow’s exposure of overpaid CEOs and the funds that support them gained traction with the publication of our second report, The 100 Most Overpaid CEOs: Are Fund Managers Asleep at the Wheel?.

Shareholder proposals based on poor voting records that were disclosed in the report were filed at State Street by As You Sow and at BlackRock by Stephen Silberstein. These two major fund families voted 97% and 99% in favor of all pay packages, no matter how egregious. A New York Times article by Gretchen Morgenson was aptly headlined, “BlackRock Wields Its Big Stick Like a Wet Noodle on CEO Pay.”

As You Sow’s research was also used by a coalition of SRI funds to file proposals calling for reports on linking pay and sustainability. Many CEO pay plans are structured to focus on the short term in ways that are harmful to the larger goal of a sustainable company. For example, if a change toward environmentally responsible packaging will be initially costly though ultimately cost-saving, the temptation to focus on the short term works to the detriment of long term shareholder value.

A working group from several SRI funds joined together to call on companies to evaluate how and whether to add sustainability metrics to their compensation plans. The working group looked at As You Sow’s compensation analysis and sustainability practices and chose a small number of companies to target with shareholder resolutions. In addition to As You Sow, groups filing and co-filing the proposals included Trillium Asset Management, Walden Asset Management, Friends Fiduciary, Clean Yield, and Mercy Investment Services.