Last fall I was introduced to As You Sow through a good friend. We were discussing how to “own what you own” in our investment portfolios. I knew I wanted to invest in responsible companies, but it never occurred to me that, as a shareholder, I had the power to transform corporate practices from the inside out. That was, until As You Sow walked me through the process. 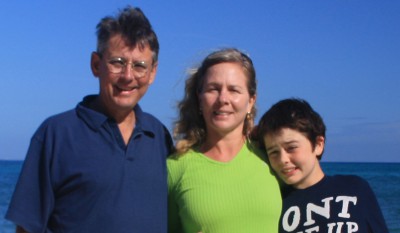 As You Sow was looking for shares of Abbott Labs. Abbott makes Similac, the world’s top-selling baby formula, using GMO corn and soy. I had used Similac with my own son when he was an infant. In fact, it was given to us in a gift basket at the hospital. My husband and I owned some shares and authorized As You Sow to file a shareholder resolution on our behalf.

The resolution was simple and straight forward. It basically asked Abbott Labs either to consider not using GMO ingredients in its Similac products or to label it clearly. As investors and parents, in light of recent research, we were uncomfortable with the use of GMOs. As You Sow presented the resolution on our behalf at the Abbott annual meeting for a vote. While Abbott disagreed with our concerns, we have developed a continued dialogue with them which has been productive. We plan to authorize As You Sow to refile the resolution at Abbott this year.

The process was an empowering experience. I got my wish to “own what I own.” I got to understand the inner workings of how to press for change in a major global corporation as a shareholder. I got to witness the power and leverage shareholders and consumers have in advocating for practices that are better for people and the planet. I’ve since become a donor to As You Sow and have asked friends and colleagues to join me in supporting their incredible work.

Thanks to As You Sow for guiding us through the process of becoming an active shareholder. It has been a productive journey.