Shareholders and Scientists: Get Smoking Out of G, PG, and PG-13 Movies 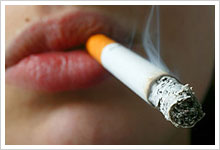 At least half of all new young smokers– 380,000 every year–are recruited by smoking in films.

After years of a declining number of on-screen tobacco depictions in youth rated films, smoking on the big screen is on the rise, climbing the most sharply in G, PG, and PG-13 rated movies. According to researchers from UC San Francisco, children and young adults were exposed to 36% more smoking and tobacco use in 2011’s top-grossing films, compared with 2010.

This trend is even more troubling considering a recent report from U.S. Surgeon General, the highest health official in the country, which decisively concluded that on-screen tobacco depictions cause youth to start smoking and directly implicated movie studios in youth smoking uptake. The report follows a letter from 38 Attorney’s General calling for major movie studios to eliminate smoking from youth rated movies.

A third new study released by Dartmouth’s Dr. Jim Sargent has found that youths were exposed to three times more on-screen smoking in PG-13 films than R rated ones. The report also showed that removing smoking from those films would cut smoking initiation by 18%.

These developments have lent a new urgency and momentum to As You Sow’s Smoke-Free Movies initiative, which has been engaging major movie studios including Disney, News Corp, Time Warner, Viacom (Paramount), and Universal (Comcast).

Since 2004, we have been meeting regularly to ask the studios to strengthen their anti-tobacco policies and procedures, eliminate smoking from their youth rated movies, and to press the Motion Picture Association of America (MPAA) to create an industry-wide R rating.

Tobacco is the leading cause of preventable and premature death in the United States and kills an estimated 443,000 Americans annually, according to the United States Department of Health and Human Services. The World Health Organization recommends that films with smoking scenes receive an adult rating, but the U.S. is one of many countries where such a rule is not in place.