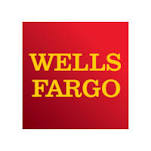 Wells Fargo & Company is an American international banking and financial services holding company headquartered in San Francisco, California. It is the world's second largest bank by market capitalization and the third largest bank in the U.S. by assets. In 2016, Wells Fargo ranked 7th on the Forbes Magazine Global 2000 list of largest public companies in the world and ranked 27th on the Fortune 500 list of largest companies in the United States.

WHEREAS: Companies with financial ties to projects that violate the rights of indigenous peoples, such as the Dakota Access Pipeline (DAPL), face financial risk including reputational damage, consumer boycotts, divestment and litigation that can adversely affect shareholder value. Since we first submitted this proposal in November 2016, Wells Fargo & Company’s (WFC) role as a lender to DAPL has resulted in: • Loss of an estimated $4 billion in deposits and other banking business as Seattle, Los Angeles, San Francisco and Santa Monica, among others, committed to divest from WFC. • CalPERS and more than 100 investor groups representing $653 billion wrote WFC to oppose DAPL and request that it be rerouted. • New York City mayor Bill De Blasio wrote WFC, which serves as trustee to the $2.6 billion New York City Pension Fund, asking it to withdraw financing from DAPL. • More than 3000 Sierra Club members have committed to divest from WFC. • Nearly 400,000 news stories regarding protests at Wells Fargo branches. We believe companies should adopt policies and processes to anticipate, mitigate, manage, and monitor the risks posed by violations of indigenous peoples rights in their operations. Free, Prior, and Informed Consent is internationally recognized as a basic standard in respecting indigenous communities’ right to participate in decisions regarding their land and natural resources. The United Nations Declaration of Indigenous Peoples Rights has seven provisions explicitly recognizing this principle. (http://www.un.org/esa/socdev/unpfii/documents/DRIPS_en.pdf) The key elements of Free, Prior and Informed Consent are: • Free: Consent is given voluntarily without coercion, intimidation or manipulation. • Prior: Consent is sought sufficiently in advance of any authorization or commencement of activities. • Informed: Information should be accessible, accurate, and transparent and cover the full scope of the project including potential positive and negative impacts. • Consent: A collective decision made through the customary decision-making process. Wells Fargo’s existing policies are not specific to the needs of indigenous peoples. WFC’s Indigenous Peoples Statement acknowledges that our company is a signatory to the Equator Principles and that it expects customers to align with the International Finance Corporation Performance Standard 7 on Indigenous Peoples, both of which require free, prior and informed consent before projects are begun. In the case of DAPL, WFC failed to disclose how the principles of free, prior and informed consent were met, who evaluated whether consent was obtained, or how remediation or redress of grievances was provided, if at all. Current disclosure is insufficient to fully assess WFC’s indigenous rights risk. We believe that an indigenous peoples’ rights policy would help WFC improve its reputation and anticipate and mitigate such risks for future activities. BE IT RESOLVED, shareholders ask Wells Fargo to develop and adopt a global policy regarding the rights of indigenous peoples (the “policy”), which includes respect for the free, prior and informed consent of indigenous communities affected by WFC financing. The policy should include oversight mechanisms for its continued development, evaluation and implementation and should be posted on its website by May 2019. 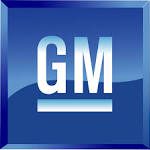